Grassroots Environmental Education, based in New York state, where extensive underground hydraulic fracturing—known as fracking—is proposed for tapping pockets of natural gas, has issued a report exposing major radioactive impacts of the practice that’s underway in several states and planned for many more.

The Northeast’s Marcellus Shale region is coveted for its rich gas deposits trapped in a substrate far below the water aquifer. Fracking not only uses toxic chemicals under high pressure that can contaminate drinking and groundwater—it can also release substantial quantities of deadly radioactive poisons, bringing them to the surface, where they have the potential to pollute air, water, soil, food crops and animal feed. The report notes that the radioactive material includes, for instance, carcinogenic radium-226, with a half-life of 1,600 years, which remains toxic for up to 32,000 years.

E. Ivan White, a staff scientist for 30 years on the congressionally chartered National Council on Radiation Protection, observes that such radioactive material could easily bio-accumulate over time and deliver a dangerous radiation dose to potentially millions of people long after drilling is completed. He states, “Neither New York state nor the Nuclear Regulatory Commission would permit a nuclear power plant to handle radioactive material in this manner.”

Doug Wood, associate director of Grassroots Environmental Education and editor of the report, says, “Once radioactive material comes out of the ground… it is virtually impossible to eliminate or mitigate. Sooner or later, it’s going to end up in our environment and eventually, our food chain. It’s a problem with no good solution—and the [state] is unequipped to handle it.”

Wood believes that releasing radioactive radium from the ground is a moral issue. “We must not burden future generations with this. We must say ‘No.’ to fracking now,” he says, “and implement the use of sustainable forms of energy that don’t kill.” 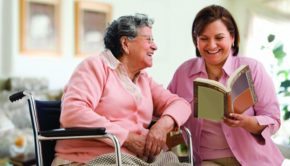