Americans use 35 million pounds of toxic household cleaning products annually. According to the Children’s Health Environmental Coalition, in Los Angeles, traces of cleaning chemicals can be found throughout the human body within seconds of exposure, posing risks like asthma, allergies, cancer, reproductive toxicity, hormone disruption, neurotoxicity and death

We crackle with energy. Natural electromagnetic fields within us regulate how our bodies work. Plus, we continually encounter many outside energy fields from Wi-Fi, cell phones and towers, power lines, microwave ovens, computers, TVs, security devices and radar. A growing number of experts see these surrounding frequencies as an increasing danger to our well-being

Mushrooms are so versatile we can eat them for breakfast, lunch and dinner. They add a note of delicious creativity to diverse dishes. Plus they deliver protein, vitamins and protective compounds. Fresh is always best and just-picked is better, although dried can work in a pinch

Mushrooms have played a remarkable role in human history. Egyptian hieroglyphics dating back 4,500 years linked mushrooms to immortality. The […

National Geographic photographer James Balog says he was skeptical about climate change until he saw it happening firsthand. Watching once-towering […

City kids are often taught that nature is out there beyond the city limits, but one science educator and photographer […

Experts at the Rowett Institute of Nutrition and Health, at Aberdeen University, in Scotland, have created a new menu plan […

Properly ventilating and frequently cleaning our homes and offices are both important to our health, concludes a new European study [… 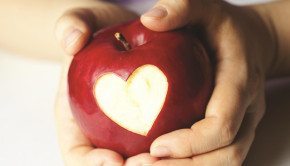