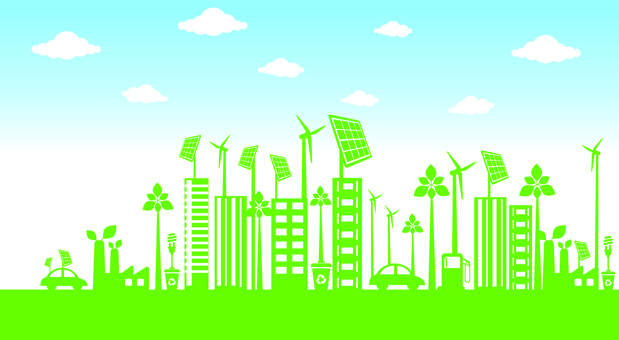 Today, buzzwords like “sustainability” and “green building” dominate discussions on how to overcome the unhealthful effects of climate change, extreme local weather events and pervasive pollution. Now, a growing body of research indicates an unexpected upside of living greener; it not only makes us healthier, but happier, too.

It’s all helping to spread the “green neighborhood” idea across the U.S., from pioneering metropolises like New York, San Francisco and Portland, Oregon, to urban centers like Cincinnati, Detroit and Oakland, California.

A sustainable, or “eco”-city, generally runs on clean and renewable energy, reducing pollution and other ecological footprints, rather than on fossil fuels. Along with building entire eco-cities, developers also are striving
to replace hard-luck industrial pasts and turn problems such as depopulated urban cores into opportunities for fresh approaches.

“We are having a major rethink about urban development,” says Rob Bennett, founding CEO of EcoDistricts (EcoDistricts.org), a Portland-based nonprofit skilled in developing protocols for establishing modern and sustainable city neighborhoods. The group has recently extended help to seven other cities, including Boston, Denver and Los Angeles, applying innovations to everything from streetscapes to stormwater infrastructure.

“The failures of the old, decaying urban and suburban models are evident,” says Bennett. “We’re now learning how to do it well and create environmentally sustainable, people-centered districts.”

The concept of home is undergoing a radical makeover. From villages of “smallest houses” (usually no bigger than 350 square feet), to low-income urban housing complexes, people interested in smaller, more self-sufficient homes represent a fast-growing, increasingly influential segment of today’s housing market, according to experts such as Sarah Susanka, author of The Not So Big House. Google reports that Internet searches for information on “tiny houses” has spiked recently. Economic freedom is one factor motivating many to radically downsize, according to Bloomberg News (Tinyurl.com/TinyHouseDemand).

Cities nationwide have overhauled their building codes. Cincinnati, for example, has moved to the forefront of the eco-redevelopment trend with its emphasis on revamping instead of demolishing existing buildings. Private sector leaders are on board as well; a transition to buildings as sustainable ecosystems keeps gaining ground through certification programs such as Leadership in Energy and Environmental Design (LEED), and the “living building” movement begun by Seattle’s Cascadia Green Building Council has gone international.

Walkability is “in” these days, along with bike paths, locavore shopping and dining and expansion of public destinations, all of which draw residents out to meet their neighbors. This “new urbanism” is evident in places like Albuquerque’s emerging Mesa del Sol community and Florida’s proposed Babcock Ranch solar-powered city.

While public and private sectors are involved, residents are the catalysts for much of the current metamorphoses. Whether it’s a guerrilla gardener movement—volunteers turning vacant lots and other eyesores into flowering oases—creative bartering services or nanny shares, people-helping-people approaches are gaining momentum.

The Public School, an adult education exchange that began in Los Angeles in 2007 and has since spread to a dozen cities worldwide, the Seattle Free School, the Free University of New York City, and Washington, D.C.’s Knowledge Commons all have taken the do-it-yourself movement into the realm of adult education. The latter offers more than 180 courses a year, most as free classes offered by and for local residents encompassing all neighborhoods, with topics ranging from urban foraging and vegan cooking to the workings of the criminal justice system.

With America’s roads increasingly clogged with pollution-spewing vehicles, urban planners in most larger U.S. cities are overseeing the expansion of subway and light rail systems, revamped street car systems and even ferry and water taxi services in some places. Meanwhile, electric vehicles (EV) got a boost from four New England states, plus Maryland, New York, Texas and Oregon, which have joined California in building networks of EV charging stations, funding fleets of no- or low-emission government cars and making green options clearer for consumers. If all goes as planned, the nine states estimate that 3.3 million plug-in automobiles could hit the streets by 2025.

One common denominator of the new urbanism is an amplification of what’s considered to be in the public welfare. Through partnerships among public and private sectors and community groups, organizations like EcoDistricts are developing ways to help communities in the aftermath of natural disasters like hurricanes and tornadoes, seasonal flooding and water shortages. Coastal cities, for example, are grappling with ways to safeguard public transit and other vulnerable infrastructure.

Designing for better public health is a central tenet of sustainability, as well. Active Design Guidelines for promoting physical activity, which first gained traction in New York City before becoming a national trend, intend to get us moving. Banishing the core bank of elevators from central locations, architects substitute invitingly light and airy stairwells. Evolving cityscapes make it easier for commuters to walk and bike.

Tyson’s Corner, outside of Washington, D.C., has made sidewalk construction integral to the overhaul of its automobile-centric downtown area. Memphis recently added two lanes for bikes and pedestrians along Riverside Drive overlooking the Mississippi River, while Detroit’s HealthPark initiative has many of the city’s public parks serving as sites for farm stands, mobile health clinics and free exercise classes.

The benefits of urban agriculture are not limited to the provision of food, with many advocates citing community empowerment, environmental justice, public health, and education and training as primary goals. ~ Columbia University

The ways we make and use energy are currently being re-envisioned on both large and small scales. Solar cooperatives have neighbors banding together to purchase solar panels at wholesale prices. Startup companies using computer algorithms map the solar production potential of virtually every rooftop in the country. However, while solar panels and wind turbines are rapidly becoming part of the new normal, they are only part of the energy revolution just getting started.

In the past several years, microgrids have proliferated at hospitals, military bases and universities from Fort Bragg, in North Carolina, to the University of California at San Diego. These electrical systems can operate in tandem with utility companies or as self-sufficient electrical islands that protect against power outages and increase energy efficiency, sometimes even generating revenue by selling unused electricity to the grid. While still costly and complicated to install, “Those barriers are likely to fall as more companies, communities and institutions adopt microgrids,” says Ryan Franks, technical program manager with the National Electrical Manufacturers Association.

What started with a few farmers’ markets feeding urban foodies has given way to a growing local food movement that’s beginning to also reach into low-income neighborhoods through mobile markets, a kind of farmers’ market on wheels, and an explosion of urban gardens and city farms. Ohio City Farm (OhioCity.org) grows food for in-need residents on six acres overlooking the Cleveland skyline. In Greenville, South Carolina, the Judson Community Garden is one of more than 100 gardens in the downtown area, notes Andrew Ratchford, who helped establish it in a neighborhood four miles from the nearest supermarket.

Giving residents an alternative to unhealthy convenience store fare is just one of the garden’s benefits, Ratchford says. “We’re seeing neighbors reestablish that relationship just by gardening together.”

While cities nationwide have long been working to augment their recycling and find more markets for residents’ castoffs, many are becoming more sophisticated in repurposing what was formerly considered trash. Reclaimed wood flooring in new homes and urban compost-sharing services are just two examples characterizing the evolution in how we dispose of and even think about waste.

We may still be far from a world in which waste equals food, as described by environmental innovators William McDonough and Michael Braungart in their groundbreaking book, Cradle to Cradle: Remaking the Way We Make Things. Nevertheless, projects certified as cradle-to-cradle are cutting manufacturing costs and reducing pollution.

For example, carpet maker Shaw Industries Group, in Dalton, Georgia, reports savings of $2.5 million in water and energy costs since 2012, when it improved energy efficiency and began using more renewable material in its carpet tiles. Shaw is spending $17 million this year to expand its recycling program.

Stormwater runoff is a pervasive issue facing older cities. Many are now taking a green approach to supplementing—if not totally supplanting —old-fashioned underground sewage systems. Along with creating new parks and public spaces, current public spaces are often reconfigured and required to do more. Philadelphia, Washington, D.C., and Portland, among others, are instituting carefully planned and built green spaces to soak up rainwater and cut down on runoff into sewer drains—taking motor oil and other pollutants with it. Using revamped sidewalk, parking lot and roof designs, plus rain gardens designed to filter rainwater back into the ground, municipalities are even successfully reducing the need for costly underground sewer system overhauls.

The proliferation of rooftop gardens in places including Chicago, Brooklyn and Washington, D.C., and new green roof incentives in many cities nationwide further exemplify how what’s considered livable space is expanding. Altogether, eco-cities’ new green infrastructure is saving cities billions of dollars and improving the quality of life for residents by adding and enhancing public parklands and open spaces, a happy benefit for everyone.

Christine MacDonald is a freelance journalist in Washington, D.C., whose specialties include health and science. Visit ChristineMacDonald.info.

Since the tiny Himalayan country of Bhutan first came up with the idea of ditching standard measures of prosperity for a more inclusive Gross National Happiness (GNH) about a decade ago (GrossNationalHappiness.com), it has spread around the world. After gaining a U.S. foothold in Seattle, dozens of American cities and institutions have adopted the central tenets—the idea that the time has come to rethink our concept of well-being.

Today, the nonprofit Happiness Alliance (HappyCounts.org) supports grassroots activists that are challenging the idea that economic activity always leads to happiness and is pioneering new ways to think about and measure life satisfaction, resilience and sustainability. GNH proponents from around the country came together in Vermont last May for their fifth North American conference.

Alliance Executive Director Laura Musikanski says that more than 50,000 people and 100 municipalities, college campuses and businesses have been using the GNH Index, developed to more accurately gauge a community’s happiness, and the group expects to see even more growth as its expanding website tools allow more people to connect online.

“Economic success in terms of money only correlates with happiness up to a certain point,” she remarks. “After you meet your basic needs, the biggest things determining your happiness are community and feeling that you can trust the people around you and the democratic process.”

While faith may be in short supply when it comes to community and politics today, Musikanski thinks there’s cause for optimism, because happiness is a core value in this country. “We believe in the Declaration of Independence and ‘life, liberty and the pursuit of happiness.’ These are truly American values.” 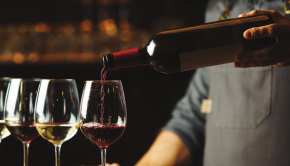 Planet-Friendly Pours: The Rise of Sustainable Wine and Spirits → 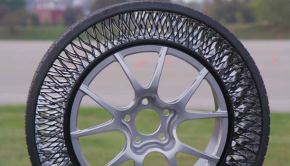 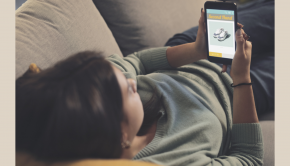 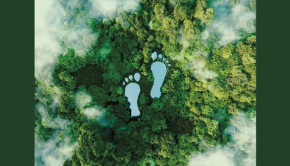 Getting Personal About CO2: Tools to Help Track Our Carbon Footprint →