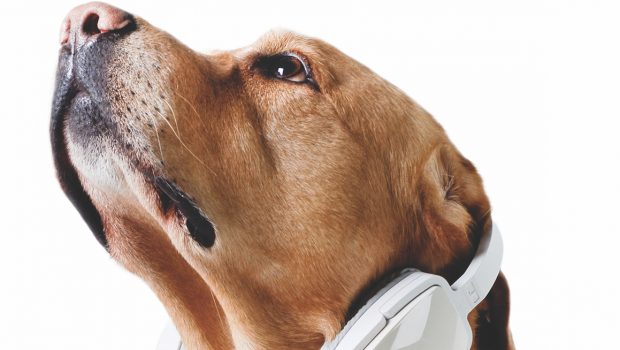 Pets Love Music: Each Species Groves to Its own Beat

Just as dogs’ and cats’ noses are more efficient than ours, they also have better hearing, reacting to a broader and higher range of frequencies and vibrations.

“We sense our world from where our ears are. Our plane is generally five to six feet high; animals closer to the ground hear things differently,” says Janet Marlow, founder  and CEO of Pet Acoustics, in Washington Depot, Con necticut. The internationally renowned musician, com poser and sound behaviorist has invented species-specific music based on her 30 years of research.

Humans hear up to 23,000 Hertz (Hz), which differs substantially from that of many other creatures (lsu.edu/deafness/ HearingRange.html). A Hertz is a standard unit of frequency set at one cycle per second.

Marlow found that horses prefer rhythmic pieces matching their natural movements. “When a Tennessee walking horse breeder played music during a birth, the foal and mother recovered faster than usual.” After that, “The horses ran to the barn upon hearing the same music.”

Sally Morgan, a physical therapist and advanced certified Tellington TTouch practitioner in Northampton, Massachusetts, who has enjoyed freestyle performance riding, says, “I liked to play our songs in the barn. Five CD players can keep horses relaxed most of the day. They don’t like country-western music; it’s often sad and in the wrong cadence. Classical music like Bach is calming. When I played Pachelbel’s Canon in D on my  flute, my Morgan Gelding, Ten Penny Moonshine, listened for hours.” 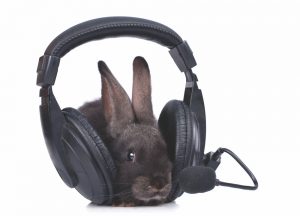 Sound frequency and intensity keeps an animal alive in nature; they learn to flee in another direction, not analyze. Separation anxiety is often due to a sound the dog doesn’t recognize, Marlow explains. Sound triggers behavior, whether good or bad, as dogs relax or are stressed. Music releases tension from their being ever-vigilant as seen in their posture. To understand what a dog hears, sit or crawl on the floor. Electronic speakers are usually positioned at heights conducive for our ears, not theirs.

“For the holidays, my dogs and horses like We Three Kings, The Holly and the Ivy and especially Greensleeves for their baroque roots and repeating patterns,” notes Morgan.

Marlow credits her cat, Osborn, with inspiring her interest in music for animals. When Osborn was injured, she visited the veterinary hospital and sang to him to keep him calm. Her home state’s Litchfield Veterinary Hospital became her initial testing ground for species-specific music.

“We use Pet Acoustics music boxes in the cat ward, recovery rooms and exam rooms,” says Heather Florkowski, a certified technician at the facility. “In our experience, stress inhibits the healing process. Like people, animals are anxious when ill and visiting the doc- tor’s office.

Music helps ease their stress. At home, when I move the music box to another room, my dog follows it.” “During a TTouch session, cats are completely relaxed when I play New Age music for them,” says Morgan. “Pick music that fits the cat’s personality. You can tell what they like from their body language; it’s not always what you’d expect.”

“Fish are frantic animals that must always anticipate their next meal,” says Sam Williamson, a former marine biologist in Edinburgh, Scotland. “When I started playing classical music at feeding time, I noticed my three betas became calmer. A piece by Benjamin Britten, started two minutes before feeding, led to them expect food only when the music played.”

Domesticated Birds Hear Up to 8,500 Hz

In the wild, birds are part of a flock. At home, they’re often solitary. “Birds are the most musical and communicative of all animals,” remarks Marlow. “Without companionship, birds can get neurotic and pull their feathers out. Provide a sense of the outdoors by including nature sounds in played music.”

“Animals need us to be aware of their hearing,” Marlow advises. “Holistic pet people have addressed improved diet and medical procedures. Understanding how music supports their well-being also enables us to better care for them.”

Connect with Sandra Murphy at StLouisFreelanceWriter@mindspring.com. 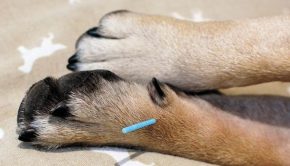 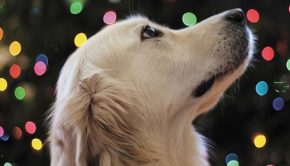 Holiday Treats for Pets: Homemade Recipes They Will Love → 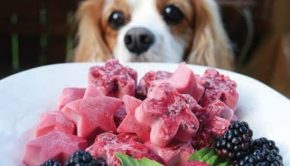 COOL TREATS FOR CATS AND DOGS → 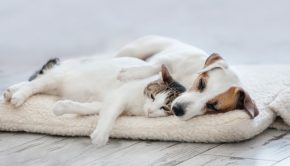