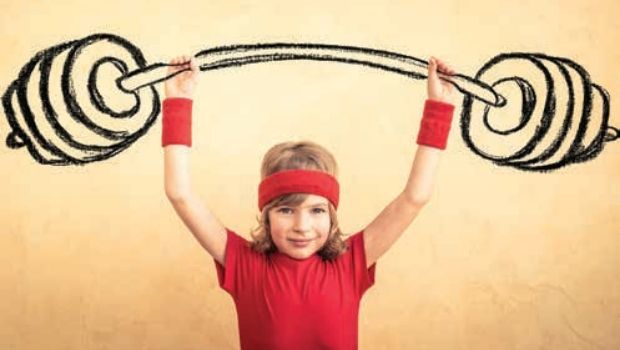 With American children increasingly afflicted with asthma and allergies, it’s critical to help them build up their natural immunity. Microbial ecologist Jack Gilbert, Ph.D., of the University of California San Diego School of Medicine, co-founder of the
crowdsourced American Gut Project, advises, “Furry pets, the outdoors, dirt in the backyard, forests—life!”

As the co-author of Dirt Is Good: The Advantage of Germs for Your Child’s Developing Immune System, Gilbert is part of an emerging scientific consensus called the “hygiene hypothesis”, which posits that excessive sterility—being overzealous in protecting our children from germs and other microbes—can dampen the ability of their bodies to fight off allergens and and infections. “As a species, we have evolved in a world full of microbes, and our immune systems have developed to cope with that,” he says. “The immune system needs to be
used and trained by exposure to the world around it.” From birth onward, here are some proven strategies that strengthen kids’ immune systems.

1 Start off right with natural birth and breastfeeding:

One in three babies in the U.S. is born by caesarean section, and about half the time it’s optional rather than necessary—perhaps because parents don’t understand that babies born in this manner have been shown to have altered immune development, reduced gut   microbiome diversity and a higher risk of developing allergies, atopy and asthma in the short term, with a long term risk of obesity, according to a study published in The Lancet. Likewise, breastfeeding protects against the likelihood of viruses, eye and urinary tract infections, inflammatory bowel disease, gastroenteritis, lymphoma, leukemia, and Type 1 and 2 diabetes, reports the American Academy
of Pediatrics.

2 Feed them the right foods:

Provide lots of antioxidant-rich fruits, veggies and fiber—organic when possible—while avoiding processed foods. “The intestinal lining of the gastrointestinal tract serves as the body’s first line of defense against many pathogens. Through certain strains of probiotics and prebiotics found in whole food, we can help landscape our child’s intestinal microbiome to create a positive effect on their innate and adaptive immune responses,” says Krystal Plonski, a Seattle naturopathic physician with a pediatric focus.

The COVID-19 pandemic has many of us reaching for virus-zapping bleach disinfectants, but Gilbert advises not to overuse them. Once the viral threat is past, it’s wise to go back immediately to natural cleaners like vinegar and baking soda. A 2015 study in Occupational & Environmental Medicine of more than 9,000 children ages 6 to 12 in Spain, Holland and Finland found the incidence of infections such
as flu, tonsillitis, sinusitis, bronchitis and pneumonia was more prevalent in homes where bleach was used.

4 Get them outside around dirt:

Whether toddlers are making mud pies, older kids are growing gardens or teens are kicking up dust on the sports field, childrens’ immune systems thrive when they meet the microbial richness of dirt and the vitamin-D boost of the sunny outdoors. In a study in The New  England Journal of Medicine that focused on two technology-free communities, Amish children that lived and worked at old-fashioned family dairy farms had a quarter and a fifth the rate of asthma and allergies, respectively, as Hutterite children that lived off-site from their community’s large industrialized farms. Georgetown University researchers report that sunlight, besides producing vitamin D, energizes infection-fighting T-cells in the skin that play a central role in human immunity.

The dirt, germs and fur that dogs and cats bring to a house may be just what young immune systems need. Finnish researchers following
397 babies found those that grew up in homes with pets were 44 percent less likely to develop an ear infection and 29 percent less likely to receive antibiotics than pet-free babies. Canadian researchers found that babies from families with pets—70 percent of which were dogs—showed higher levels of two types of microbes linked to lower risks of becoming allergic and obese. They theorize that exposure to dirt and bacteria early in life—for example, in a dog’s fur and on its paws—can create early immunity.

Ronica A. O’Hara is a Denver-based health writer. Connect at OHaraRonica@gmail.com.

Ronica A. O’Hara Ronica A. O'Hara is a Denver-based health writer. Connect at OHaraRonica@gmail.com.