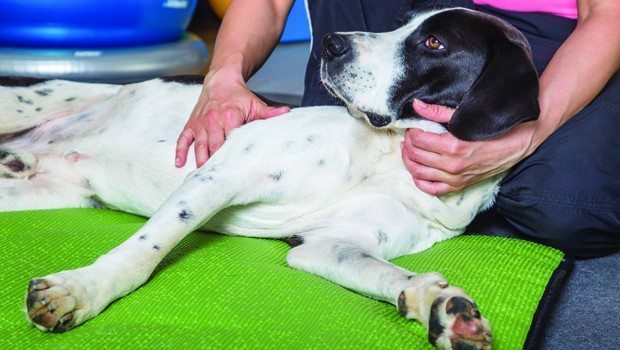 Although pet owners may consider animal chiropractic services as a modern-day phenomenon, it’s been around since the early 1920s. Proof resides at the Palmer College of Chiropractic library in a report describing an equine chiropractic adjustment course created by B. J. Palmer, who expanded on the work of his father, D.D. Palmer, the founder of chiropractic. It also houses the doctor of chiropractic veterinary diploma issued to graduates. Today, the American Veterinary Chiropractic Association (AVCA) is the primary national source of credentials in a field of medicine that treats horses, dogs, cats, cattle, pigs, sheep, goats, elephants, birds and reptiles.

Human and animal chiropractic medicine deals with describing the relationship between the spinal column and nervous system, as well as its crucial role in maintaining overall health. This methodology for animals is especially helpful for enhancing performance—in breeding, training and grooming dogs to conform to the specifications of American Kennel Club dog shows and/or agility competitions—and for horses that compete as jumpers, distance race horses or barrel racers.

Doctor of Veterinary Medicine Bob Willard, in the Dallas/Fort Worth area, is certified to perform spinal adjustments and acupuncture on animals. Having practiced equine sports medicine since 1982, Willard elected in 2005 to extend his education with 200 hours of classroom and laboratory training according to the standard of the International Veterinary Chiropractic Association.

Willard had been a skeptic prior to his personal experience. “To help me deal with a compound fracture, my wife dragged me to see a chiropractor. After reaping the physical benefits, I was naturally curious to learn more. Today, I treat the majority of my patients with chiropractic and acupuncture before using conventional treatments,” advises Willard, who emphasizes that he finds these complementary therapies useful in preventing injuries. At one of the barns Willard works with, nearly every performance horse gets an adjustment every 30 days, because the owners can spot subtle differences long before a potential injury occurs.

In North America, laws and regulations governing animal chiropractic differ by state. American Veterinary Medicine Association guidelines recommend that a veterinarian should examine an animal and establish a preliminary diagnosis before initiating any alternative treatment. In some locations, a veterinarian must supervise treatments by an animal chiropractor that’s not also a vet.

Doctor of Chiropractic Donna Gigliotti, who practices at Macungie Animal Hospital, in Macungie, Pennsylvania, has been treating animals in collaboration with local veterinarians since 1997. She regularly lectures on the benefits and combines techniques such as neurofascial release, which affects the joints, muscles, ligaments and brain. This type of therapy is highly effective in treating genetic predispositions such as canine intervertebral disc disease, which can occur in any dog, but most particularly the dachshund, Lhasa apso and Shih Tzu. Selected for a genetic form of dwarfism, these breeds have discs prone to this age-related form of degeneration.

To help delay such related impacts, Gigliotti teaches owners to work with their pet to train them to perform balance exercises that develop the core muscles which hold the spine firmly in place. “I don’t want to repeatedly see a dog for the same issues when it’s possible for the animal to maintain the adjustment with the owner’s help,” notes Gigliotti, who is among a few doctors that have completed advanced neurology training for animals at the Healing Oasis Wellness Center, in Sturtevant, Wisconsin.

“A pet’s biggest asset is an observant owner. No one knows their constant companion better,” says Bresnahan. “It’s why vets hear statements such as, ‘My cat’s meow is off,’ or, ‘My dog is acting lethargic,’ or ‘My pet’s eyes seem dull.’ In performance animals like horses, it’s generally the rider that spots something that’s off.”

She explains that although she doesn’t need to apply any more chiropractic pressure on animals than she uses on people, it is necessary to stand on bales of hay to place the upper body and hands at the correct angle when making an adjustment on a horse or rodeo bull.

Chiropractors that specialize in treating animals are adept at reading the body language of nearly any creature, which can speak volumes about their health challenges.

Linda Sechrist is a senior staff writer for Natural Awakenings. Connect at ItsAllAboutWe.com. 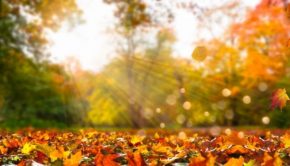 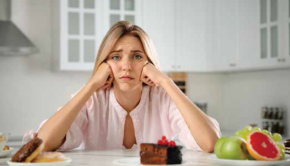 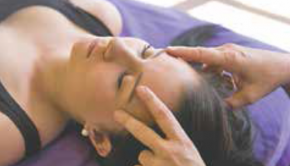 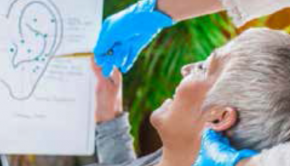