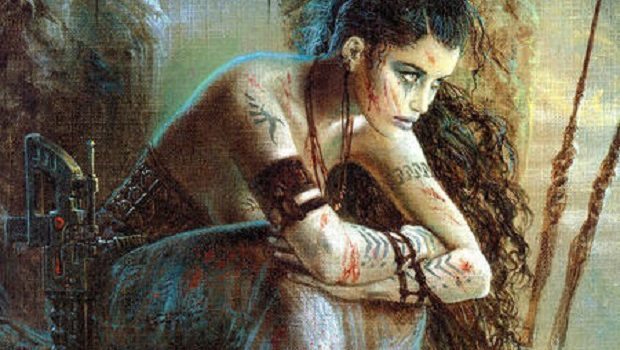 Published on May 24th, 2016 | by Natural Awakenings Northern New Jersey

The Death and Rebirth of the Mars Spiritual Warrior

June Astrology: The Death and Rebirth of the Mars Spiritual Warrior

April and May was all about walking into five retrogrades (Saturn, Pluto, Jupiter, Mars and Mercury). When a planet is in retrograde, it appears to be moving backward in the sky from the perspective of the Earth; however, the planet is actually continuing in its usual orbit, and the retrograde effect is an optical illusion of sorts. Since perspective is so important in astrology, retrograde planets do correspond to recognizable meanings. When a planet goes into retrograde, it’s a movement inward. It’s a moment to review, heal, disassemble and reassemble. It can also be a time for transformation. A death and subsequent rebirth can occur here. Some folks despise retrogrades, especially in our fast paced, upwardly mobile, “needed it fifteen minutes ago”, Type A society. Add the frantic pace of our own NY Metro region, and retrogrades can be tough. Communication devices, cars, smoke alarms and yes, our bodies and relationships with others break down during this period of time. The retrograde is a calling to stop, take inventory and develop a plan for improvement. It can feel at times like taking three steps back. We have learned to think of life in a retrograde as more like pulling ourselves in the sling shot backward to propel forward into our evolution.

The one planet that turned retrograde in April was Mars and it will be in retrograde through June. It started its retrograde in the fire sign of Sagittarius on April 17th. Picture the Mars warrior, understanding it must die to be reborn, dives head first into the fire like the Phoenix. Once in the fire, it is burned to the core, presumably losing almost all of its former identity. This is one of the most courageous events in the hero’s journey. The warrior fully understands and accepts its path of death and rebirth and has full faith in the Universe that it will be reborn better than it was before. In late May, the Mars warrior is pulled from the fire and into its home in Scorpio. There, it will be broken down by the Scorpio sorceress. The Scorpio sorceress knows the soul and essence of the Mars warrior better than any other sign in the zodiac. It will disassemble the warrior into pure ash. However, Scorpio understands the full depth of the warrior and the blueprint for evolution. Therefore, it gladly accepts the challenge of creating the new and improved spiritual warrior that will rise like the Phoenix from its own ashes when it turns direct on June 29th. This new warrior will not fight using the crude tools of violence and killing. It will pierce through the hearts of humanity, thereby revealing their true nature and calling on this Earth and in this universe. The spiritual warrior does not decimate. It restores others to their true evolutionary wisdom. Humanity is collectively at the 11th hour in its evolution and an army of spiritual warriors it shall build. This is the perfect time to meditate and make suggestions for the blueprints that will manifest the spiritual warrior in themselves.
Meanwhile, the rest of the planets seem to be fully conspiring with the spiritual warrior rebuild effort. Retrograde Saturn in Sagittarius adds the element of methodical work, no matter how hard, laborious or overwhelming the task at hand may seem. Saturn is Mick the trainer in the film Rocky, barking out a continuous loop of training commands.

Next, retrograde Pluto in Capricorn this spring has been in full purge mode of whatever no longer serves humanity. Once all is completely purged, Capricorn energy can certainly assist with transformation. Capricorn energy loves to build right down to every nitty, gritty, boring last detail. So, the quicker the purge can happen, the quicker the transformation can begin.
Also, we saw Mercury coming out of its retrograde on May 22nd in Taurus with ruler Venus like a beautiful nurse standing idly by to assist in a steadfast but illuminating healing of Mercury the messenger. Mercury moves into its home sign of Gemini on June 12th. Information and lines of communication will be at peak levels during this time which is critical when a spiritual revolution and rebuild is under way.

Another great moment in the universe has been the great benefic Jupiter retrograde in Virgo. We have been curiously watching old Jupiter in his detriment here in Virgo. Picture Jupiter in jail and Virgo is the stressed out corrections officer. What has transpired is a work exchange. Jupiter is known for its wealth of wisdom and benevolent energy. However, sometimes too much of a good thing can get people drunk, fat and lazy. Virgo has agreed to teach Jupiter about the efficient use of his benevolent energy while Jupiter has agreed to show Virgo how to live a little and not get so consumed by the stress of the daily, monthly and annual harvest of his job. “Get a massage and some Reiki,” said Jupiter to Virgo. “You need a day off to just ‘be’ dude.” Jupiter came out of retrograde on May 9th, but he’s still in Virgo. However, now reformed, Jupiter understands its role in providing the efficient use of its benevolent energy in our spiritual evolution. It’s the good feeling one gets when they start to hit the gym or yoga class regularly, start a spring or summer nutritional cleanse, finish cleaning out an attic in our house or pay off their debts. It’s those spooky moments where an opportunity arises that blazes a clear trail on a person’s spiritual path, good ol’ Jupiter has a way of making every situation just a little better than it was before and putting a smile on the faces of those around him.

Lastly, we have Neptune in Pisces. Neptune in its home sign goes retrograde on June 13th. However, this retrograde is most definitely a good thing. In this retrograde, the slim line between reality and fantasy get blurred. Neptune is the realm of the dream world. The general idea in this retrograde is to dream big. Intuition comes to the forefront now. If a person does not feel like they trust their intuition, they should go see a psychic or spiritual medium to assist them with interpretation. Gathering inspiration from people, places and things can add great support and color to these big dreams. It’s easy for humanity to get caught up in the stress of the 11th hour of this spiritual revolution. The Neptune retrograde instead urges us to infuse the mysticism, inspiration and optimism into this great task. The rest of the planets provide the nuts, the bolts, the brains and the brawn to actually make it happen.
May this June be a pivotal moment in our spiritual revolution.

Kip Livingston is a dream analyst, astrologer and contributing writer for Natural Awakenings. Contact him for a birth chart reading at 908-268-6674. 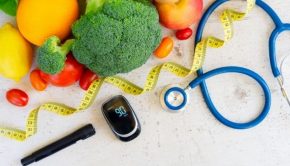 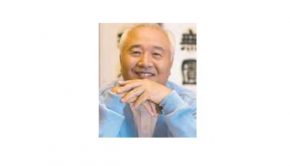 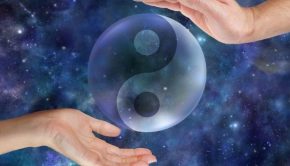 Discover the Law of Polarity → 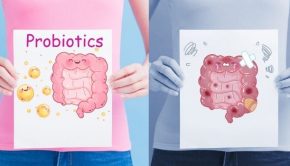 Imbalance in the Gut-Brain Connection →