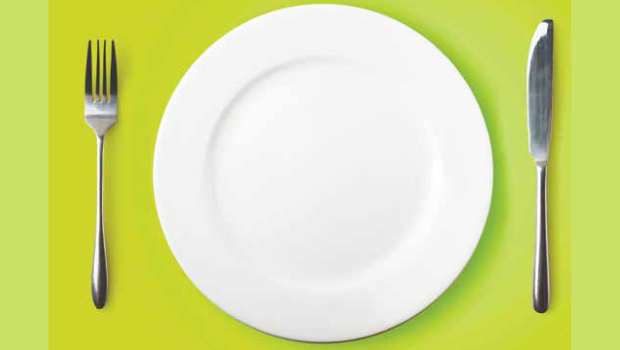 Intermittent fasting (IF) is quite popular—internet testimonials abound about how great it is for weight loss, but other benefits are often ignored. Judging by recent studies by the National Institute of Health, Johns Hopkins University and the Longevity Institute at the University of Southern California, IF shows potential to be a virtual fountain of youth.

IF is defined as routinely abstaining from intaking calories for a specific amount of time, followed by eating within various time intervals. To be effective, the fast must last long enough to deplete the liver’s glycogen stores. When sugar is stored in the liver, it turns into glycogen; when there is none left, the liver allows fat to be converted into energy.  This state is called ketosis. This also occurs with intense exercise, however, fasting is a much easier way to flip the switch into burning fat for fuel.

Implementing a feast-and-famine cycling to caloric intake allows the freedom to eat all foods, including carbs, rather than subsisting entirely on meats and other fats to obtain and maintain ketosis, as with ketogenic diets.

While the science behind IF fat-burning is simple, its other benefits are more complex. Most come from a cellular process called autophagy, when parts of a cell “eat” the unhealthy parts. Such cellular waste has mutated, aged or been ravaged by free radicals, and this cleaning process can result in a more youthful appearance and perhaps a lower likelihood of cancer. When the body is not using up energy and time digesting food, it has more of both to use for other important functions.

The most convenient aspect of IF is that the time intervals are flexible. It can be practiced for a certain amount of time daily, for just a few days a week, or in the case of longer fasts—once per week. Time spent sleeping (assuming food was not consumed immediately beforehand) counts toward the hours spent on a fast. Therefore, it is easiest to begin doing IF by simply skipping breakfast.

No need to about give up that morning cup of coffee, though, it still counts as fasting if all liquids consumed are free of calories and sugar (green tea and black coffee are not fast-breakers). Many proponents claim that this method is so easy they don’t want to ever go back to eating breakfast again and never looked at eating the same way. For others, it has given them control—the power of choosing when to eat instead of wavering to the habit of doing it at the times that society, or their mind, has deemed appropriate. This is another of the benefits of IF, it reduces the “hunger hormone”, ghrelin, which rises when the body expects a meal, not necessarily when it requires one, and it is often the culprit in overeating.

IF is safer than general caloric restriction because it still allows for the daily required calories to be consumed, or in the case of 24-hour long fasts, the benefits outweigh the loss in calories.  \Caloric restriction, although helpful for losing weight in the short term, can be risky for health reasons such as nutritional deficiencies and muscle loss, and is tough to sustain. On the other hand, IF is easy to continue indefinitely and can help maintain lean muscle mass when performed appropriately.

Some options for IF cycles are eating with a window of 10, eight or six hours, or only eat a large dinner at the same time. The most popular seems to be the 16/eight cycle, in which there are eight hours to consume calories followed by 16 spent fasting. Glycogen stores are depleted in no less than six hours of fasting, but it takes most people 12 hours; Weight, physical activity and genetics play a role, so it may take some experimentation to find out the minimum time needed to fast effectively. For assistance, there are inexpensive urine-testing strips that detect ketones, a sign that the body has switched to ketosis.

According to a 2007 review of human and animal trials related to fasting and chronic disease in the American Journal of Clinical Nutrition, the metabolic and cellular changes from IF result in lower inflammation and triglyceride levels, which in turn reduces the risk of chronic disease and heart disease, respectively; and because IF increases insulin sensitivity it also can lower the risk of diabetes. As if this isn’t enough reason to try IF, it can also boost immune function, which may aid allergy symptoms and those of autoimmune disorders such as lupus and rheumatoid arthritis, according to research performed on subjects fasting for Ramadan.

A Japanese researcher that won the Nobel Prize in 2016 for their work on autophagy is building upon the known evidence that IF improves brain function to support the idea of it in fighting neurological diseases like Parkinson’s and Alzheimer’s.

IF is likely the easiest and most affordable way to promote weight maintenance, slow aging, stave off illness even reverse some diseases. Intermittent fasting is not just the latest weight-loss fad, it can be a lifestyle.

Maria Karameros is a contributing writer TO Natural Awakenings magazine.