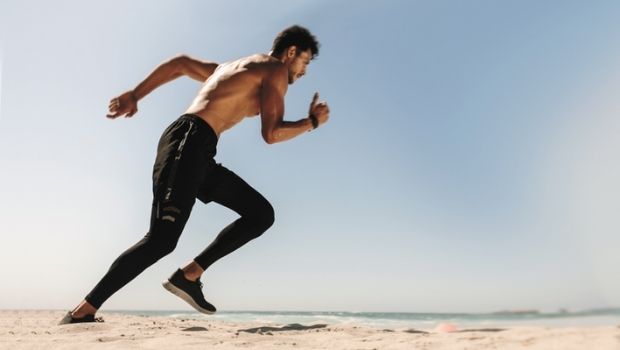 Published on May 31st, 2021 | by Natural Awakenings Publishing Corp.

Statistically speaking, living long and well is an uphill battle for most American men. Compared to women, they eat worse, smoke more, drink harder, exercise less and suffer more injuries. They live on average five fewer years than women. At birth, they outnumber women 105 to 100, but by age 60, it’s flipped to 95 to 100. Of the 15 leading causes of death, the only one men don’t lead in is Alzheimer’s, because many of them don’t live long enough to develop it.

Men are markedly slow to consult doctors. Seventy-two percent would rather do household chores like cleaning toilets, one survey found, and 37 percent admitted that they withheld information from doctors to avoid hearing a bad diagnosis. When more serious symptoms arise like chest pain or painful urination, they can turn to medical specialists and the latest technology to get heart stents inserted, kidneys flushed out and pain lowered with pharmaceuticals. By then, however, disease can be advanced and the prognosis dimmer.

But that “macho man” approach is ebbing as men—especially millennials—increasingly adopt proactive integrative strategies to take control of their health. “As traditional gender roles continue to fade with the times, there will be less of a stigma around men’s health care and we’ll start to see more and more men placing greater importance on their health,” says integrative internist Myles Spar, M.D., co-author of Integrative Men’s Health and chief medical officer of Vault, a men’s health care organization. By dealing head-on with not just a condition’s symptoms, but also with its physical, mental and emotional roots, men can become better equipped to enjoy long years of robust health.

The leading cause of death for men in the U.S., heart disease kills one in four men. Half of those that died suddenly exhibited no previous symptoms. Men develop heart disease 10 years younger than women on average, possibly because estrogen has a protective effect on coronary arteries. Stress, especially in economically beleaguered occupations and areas, takes a toll, as evidenced by rising drug abuse among men nationwide. “Overall, it appears that men’s coping with stressful events may be less adaptive physiologically, behaviorally and emotionally, contributing to their increased risk for coronary heart disease,” concludes a State University of New York at Stonybrook study.

New research: Active, 40-ish men that were able to do 40 pushups had a 96 percent lower risk of cardiovascular disease in the next 10 years than men doing less than 10 pushups, a Harvard study concludes. A 10-year study of 134,297 people from 21 countries found that eating six ounces or more each week of processed meat like bacon, sausages and salami was linked to a 46 percent higher risk of cardiovascular disease and a 51 percent higher risk of death.

Integrative approaches: “An integrative model for heart disease, when done properly, hunts down chronic inflammation in the body wherever it is and attempts to remedy it naturally, which is why we have had so much more success and significantly fewer side effects than conventional medicine,” says naturopathic cardiologist Decker Weiss, of Scottsdale, Arizona, a pioneer in the field. Typically, integrative cardiologists will interview a patient to determine the root causes of inflammation, including diet, physical activity and emotional stress. After targeted lab tests, they may prescribe botanicals along with pharmaceuticals like diuretics and beta blockers to manage fluids and vital signs. They often focus on repairing the gastrointestinal tract with specific probiotics and restoring the endothelium (the inner lining of blood vessels) with nutrients like magnesium, coenzyme Q10 and alpha-lipoic acid. They’ll encourage patients to switch to healthier, plant-based diets; perhaps to undergo a colon, liver or lymph cleanse; and exercise and use stress-reducing practices like meditation or martial arts.

Erectile dysfunction (ED), the inability to get and keep an erection firm enough for sex, often drives a man to seek medical care. An erection—a complex interplay among the brain, hormones, emotions, nerves, muscles and blood vessels—can be hampered by such conditions as hypertension, diabetes, obesity, high cholesterol, insomnia and alcohol use. Although a quarter of new patients with ED are under age 40, mild and moderate ED affects approximately 50 percent of men in their 50s and 60 percent in their 60s.

Integrative medicine offers potent strategies such as exercise, weight loss, good sleep and a varied diet, factors that can reverse ED, according to Australian researchers. “Men aren’t ever going to stop eating hotdogs in the name of ‘wellness’, but if you tell a man that eating hotdogs will impact his ability to get erections, he’ll never eat a hotdog again,” says Spar.

New research: In a survey of 12 studies involving 8,300 participants, the longer-lasting erection drug Cialis (tadalafil) beat out Viagra (sildenafil) as the drug of choice by a three to one margin. Cornell researchers found that of the 48 percent of older men in one study with ED, only 7 percent had tried an erection drug, and fewer than half refilled the initial prescription, partly due to unpleasant side effects.

Integrative approaches: An integrative strategy typically involves a doctor checking and increasing a man’s testosterone levels if necessary; a thorough checkup and lab tests to detect and treat causes such as diabetes and high cholesterol; and vetting and replacing medications such as antihistamines and blood pressure drugs that might cause ED. For relationship problems, anxiety or depression, a cognitive behavioral therapist might be recommended and mindfulness meditation might be encouraged to reduce stress.

A weight-loss plan featuring more produce and less meat is typically suggested: men with a 42-inch waist are 50 percent more likely to have ED than men with a 32-inch waist. Some foods like arginine-rich oatmeal and antioxidant-rich pomegranate juice, as well as supplements like DHEA, L-arginine, zinc and panax ginseng have also proven helpful in studies. Effective exercises include Kegels to strengthen pelvic floor muscles, Pilates to build core strength and aerobic workouts to strengthen blood vessels. Just 30 minutes of walking each day was linked to a 41 percent drop in risk for ED, Harvard researchers found.

Prostate cancer affects one in eight men, 60 percent of which are over age 65. African American men get prostate cancer younger, have more severe cases and are twice as likely to die from it. Although it’s not as virulent as most other cancers, it requires monitoring, sometimes for decades, which compels some men to get serious about diet and exercise. “If you hear you have cancer, the rug is pulled out from underneath you and you feel you’ve lost your locus of control to surgeons and other doctors,” says integrative oncologist Donald Abrams, of the Osher Center for Integrative Medicine at the University of California at San Francisco. “But lifestyle changes are important, useful and have an impact, and they’re something patients themselves have control over and can decide to do.”

Symptoms: They may be silent or involve frequent urination, weak or interrupted urine flow, urinary leaking, needing to urinate frequently at night, blood in the urine, erectile dysfunction or discomfort when sitting.

New research: The more faithfully that men with localized prostate cancer followed a Mediterranean diet, the better their disease fared, report University of Texas MD Anderson Cancer Center researchers. Drinking several cups of coffee every day may be linked to a lower risk of developing prostate cancer, suggests a pooled data analysis in the online journal BMJ Open. A new urine test for prostate cancer is so accurate it could have eliminated the need for one-third of biopsies in a recent study of 1,500 patients in the Journal of Urology.

Integrative approaches: In a 2018 comprehensive review of prostate cancer studies published in the Journal of Alternative and Complementary Medicine, Abrams recommends a plant-based, antioxidant-rich diet that emphasizes cruciferous vegetables, tomatoes, soy, pomegranate, green tea and fish-based omega-3s; limiting meat, sugary drinks and saturated fats; supplementing with vitamin D3 and omega-3s while avoiding selenium and vitamin E; exercising daily, with yoga and tai chi especially providing mind-body benefits; and using acupuncture to manage the side effects of conventional treatments. To combat the anxiety that can arise during the period between a diagnosis and surgery, Abrams suggests stress-reducing therapies like mindfulness training, reiki and support groups.

Up to one-third of men may experience depression, but it’s marked more by bravado than tears. “Rather than appearing sad, men with depression are more likely to react with anger, self-destructive behavior, self-distraction, or numbing of pain with substance use, gambling, womanizing and workaholism,” concludes a major University of Michigan study in JAMA Psychiatry. Irritability, blowing up at minor annoyances, sudden spells of aggression and risky behaviors are other hallmarks. Men are far less likely than women to seek treatment and four times as likely to die by suicide. 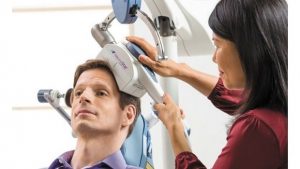 Symptoms: Besides anger and irritability, depressed men are more prone to lose weight rather than gain it, become obsessive-compulsive rather than anxious and experience physical problems like headaches, stomach ailments and chronic pain.

New research: Men with moderate to high levels of what Russian researchers call “vital exhaustion”, marked by excessive fatigue, demoralization and irritability, are 16 percent more likely to have a heart attack within 15 years. The risk doubles for men that never married, were divorced or became widowed.

Integrative approaches: “First, it is important to get a lab screening to rule out low testosterone, vitamin deficiencies, anemia and thyroid problems,” says holistic psychiatrist W. Nate Upshaw, M.D., medical director of NeuroSpaTMS, in Tampa. He also checks for sleep disorders, treats with cognitive behavioral therapy and after getting lab results, suggests such supplements as vitamins B12, D3 and methylfolate. His lab focuses particularly on transcranial magnetic stimulation therapy, which a 2020 Stanford study found to be 90 percent effective in relieving drug-resistant depression. “It restores healthy brain function without medications, and with essentially no side effects,” says Upshaw, adding that the approach is particularly good for men that want to avoid the sexual side effects of antidepressants.

Natural health writer Ronica O’Hara can be reached at OHaraRonica@gmail.com.

Integrative cancer care: A four-part video lecture series by integrative oncologist Donald Abrams, M.D., of the Osher Center for Integrative Medicine at the University of California at San Francisco. 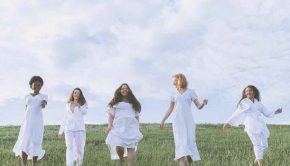 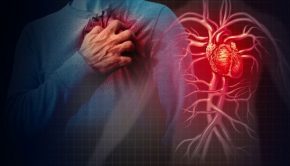