For more than 50 years, women have appreciated the freedom that birth control pills offer. They simply take a little pill every day and rest easy, fairly assured that an unplanned pregnancy won’t occur. However, there’s actually a lot not to love about “The Pill”, especially its long-term side effects.

“The sexual freedom that women have fought so hard to obtain has been won at a terrible price,” advises Naturopathic Doctor Sherrill Sellman, of Tulsa, Oklahoma, author of The Hormone Heresy: What Women Must Know about Their Hormones.

That price includes blood clots and even death from heart attacks and strokes in young women. As early as 1963, an article published in the Journal of the American Medical Association linked The Pill to venous thrombosis, or blood clots. By 1968, at least one cancer journal, CA: A Cancer Journal for Clinicians, had linked cancer to the use of the steroid hormones contained in oral contraceptives. In 1973, Scandinavian researchers warned of the link between oral contraceptives and strokes.

“In December 2002, the U.S. government published its biannual Report on Carcinogens that added all steroidal estrogens to the list of known human carcinogens,” says Sellman, “The gravity of this finding cannot be overstated: All estrogens used in HRT [hormone replacement therapy] and oral contraceptives have now been proven unequivocally to cause cancer.”

Yet, regardless of the many downsides, The Pill remains the most common method of birth control worldwide, according to the U.S. Centers for Disease Control and Prevention, with usage by 16 percent of married American women. Elsewhere, users include 29 percent of British women and 40 percent of women in France and the Netherlands. 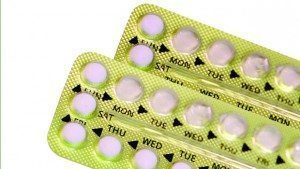 “Birth control pills are vitamin robbers, and this is the source of the health risks that accompany the use of The Pill,” says Ross Pelton, a registered pharmacist, certified clinical nutritionist and author of The Pill Problem. Oral contraceptives deplete more bodily nutrients than any other class of drugs, says Pelton, who blogs regularly at
NaturalPharmacist.net.

However, he adds, women taking The Pill even as long as 10 years may not notice any obvious health problems. “Maybe she’ll first notice a lack of energy, but doesn’t connect the dots and realize that magnesium, B12 and numerous other nutrients involved in energy production are depleted,” he explains.

The nutrient-depleting effects of The Pill were recognized as early as 1975 in a study published in The American Journal of Clinical Nutrition, but it carried no recommendations for replacing them. Some of these nutrients are essential for the production of brain chemicals, called neurotransmitters, including mood-elevating dopamine. An affected woman can become depressed, a condition closely linked to the use of The Pill, according to a German study published in 2013 in the journal General Hospital Psychiatry.

The Pill’s steroidal hormones also reduce the body’s natural accumulations of disease-preventing antioxidants, increasing vulnerability to diseases of aging, including cancer, diabetes and heart disease, according to Pelton.

Women that decide to keep taking The Pill should add an array of specified supplements to counterbalance the nutrient loss, advises Pelton. Replacing nutrients should, in the long term, neutralize the negative effects of The Pill, even cancer and blood clots, he assures. Better yet, say Sellman and Pelton, stop taking The Pill and switch to safer forms of contraception. It may take months or even years for the nutrient imbalances to be fully corrected, so start now.

Although no natural forms of estrogen are suited for birth control, safe and effective natural forms exist, advises women’s health expert Holly Lucille, a naturopathic doctor and registered nurse in West Hollywood, California. She cautions against the potential risks of using estrogen patches, shots and vaginal rings, and recommends avoiding anything that contains estrogen. “Not using The Pill doesn’t mean you have to rely on withdrawal or the rhythm method, both of which are notoriously unreliable,” says Lucille, preferring what she terms “barrier methods”, like diaphragms, cervical caps and male and female condoms.

She notes, “Cervical caps are just as effective as The Pill and you can put them in and leave them a little longer for a bit more spontaneity.” Female condoms are even more convenient, she explains: “They fit much like a diaphragm and they can be left in place as long as eight hours.” Instead of potentially toxic spermicides, Lucille recommends using lemon juice, which, she says, is equally effective.

Nutrients Women on The Pill Need 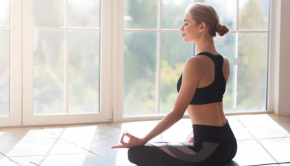 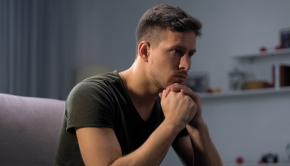 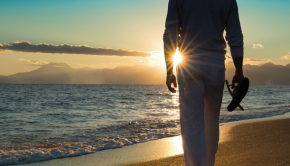 The Healing of the Modern Man: Men Redefine Their Emotional Power → 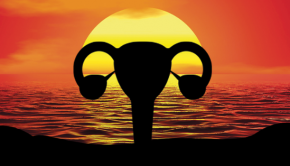