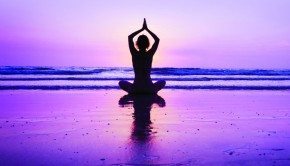 AGELESS BEING, Staying Vibrant in Mind, Body and Spirit

Agelessness: Engaging in and experiencing life without fear of falling, failing or falling apart. In a nutshell, that’s the philosophy […

A recent Harris Interactive poll indicates that only one in three Americans are happy. Success, education and increases in annual […

Wild-caught fish from pure waters is the gold standard of seafood, but sustainable populations from healthy waters are shrinking. That’s […

No matter what happens on the field or in the pool, your first four words to your kids afterward should […

Traditional sports stadiums and arenas generate a huge carbon footprint. Multiple sources concur that during a single football game, a […

The Adventure of Couchsurfing

Stay with Locals and Make New Friends As a traveler, offer an ethnic meal, good story or how to say […