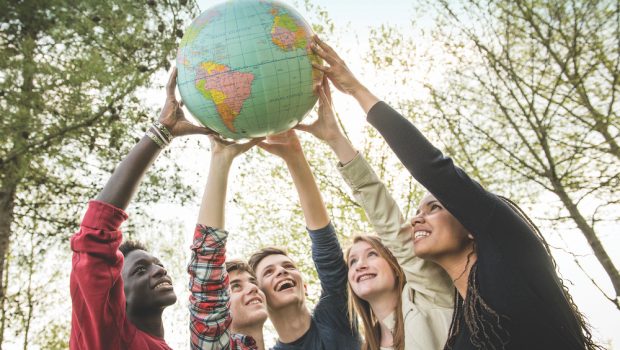 Youths Step Up to the Global Challenge

Fresh Hope for a Troubled Planet

Recognizing that it might be too late by the time they are older, many young people are already acting collectively and across partisan aisles on everything from climate change and the environment to gun control, gender equality, social justice, education and politics.

Angie Jiang, a 2018 graduate of Madison West High School, in Wisconsin, is a first-year student at Columbia University, in New York. Deploying her social impact and debating skills, this Chinese-American woman articulates her opinions on sustainability, environmental awareness, immigration and gender issues in public radio interviews and lobbies for policy changes in Washington, D.C.

She’s one of 80,000 girls in some 100 countries that have been trained by the UN Foundation’s Girl Up initiative to help lead the movement for gender equality; Jiang currently serves as its 2017-2018 teen advisor. “Within our current political climate, it is more important than ever to use your voice, no matter who you are, where you live and whatever you identify as,” says Jiang.

Ethan Sonneborn, 13, has a comprehensive policy platform and a spot on the 2018 Democratic gubernatorial primary ballot in Vermont. In an early campaign speech, the Bristol resident and Mt. Abraham Union Middle/High School student smiled at the crowd’s applause for his message: “To everyone here today, know this. We are

America’s future… So let’s not be afraid to shape it… We must be the voices of a generation, leaders for others and advocates for ourselves. Why shouldn’t we be the ones to end worldwide hunger, to make a breakthrough in medical science, to protect world peace or to put people on another planet? We are the generation that will do all these things. Why not start now?”

In addressing environmental issues, Sonneborn supports a tax on carbon emissions, Vermont’s commitment to uphold the standards of the Paris climate agreement and renewable energy incentives.

If you want to be an optimist about America today, stand on your head, because our country today looks so much better from the bottom up than the top down.

In Kansas, where six teenagers are running for governor, Tyler Ruzich’s campaign theme is, “A Republican for the Next  Generation.” This Shawnee Mission North High School senior has serious concerns and ideas to make his state a better place to live, learn and work.

Brandi Kneip’s family in Stuart, Florida, didn’t object when the 18-year-old decided to spend her college savings establishing a JAR dry goods store that fosters reusing and recycling materials to decrease or eliminate trash. Customers can buy what they need by dispensing pasta, herbs, spices, flour and other products into their own reusable jars or purchase glass containers to take home. JAR also carries eco-friendly household items.

“I want my impact on this Earth to be like footprints in the sand. For a second, the Earth knows you are there, and when you move along, the waves wash them out or the wind blows them away. I’m so thankful for this big, green-blue planet, and I’ll strive every day to make more people notice the beauty it holds,” says Kneip.

Arati Patel was just 24 when she began serving as an intern with Earth Child Institute (ECI), a nonprofit that empowers global youth to engage with sustainability issues. Today, the New Jersey resident serves as its president, and is passionate about why investing in the education of children is significant. As just one example, “Amazonian children are teaching their parents about how deforestation impacts climate change,” says Patel.

A degree in environmental law and policy at Vermont Law School, in South Royalton, and expertise in environmental education, curriculum development, field research and community outreach has helped Patel to assist in developing lesson plans for ECI Water Schools. Community groups and schools are mobilized to evaluate the health of rivers and provide basic training in good health habits.

Felix Finkbeiner, a German student, started Plant-for-the-Planet in 2007, when he was only 9. “It’s an amazing organization run by young people,” says Patel. Inspired by the late Nobel Peace Prize laureate Wangari Maathai, founder of the Green Belt Movement, Finkbeiner expanded Maathai’s original concept of a billion plantings to the Trillion Tree Campaign. To date, it’s seen 15 billion new trees in 190 countries under the guidance of the U.N. Environment Programme.

Speaking at an Environmental Systems Research Institute Conference, Finkbeiner said that beyond planting trees, children involved in the initiative have delivered presentations in schools and rotary clubs, and engineered sit-down meetings with mayors, local government officials and even presidents of countries. Several have spoken before the UN General Assembly and national parliaments, urging them to address the climate crisis.

A Revolution in Education

After graduating from Beijing University Affiliated High School, Jason Wang, 18, postponed college for a year and visited the U.S. and Europe looking for the best practices in education. When he returned, he was in no hurry to enter college, but rather to develop the curriculum for Beijing’s Moonshot Academy, which opened in January with 30 students from 14 to 16 years old.

Turning traditional methods of education on its ear, Moonshot Academy students are accepted based on their learning ability, independent thinking skills and capacity to turn ideas into action, rather than standardized test scores. Students learn through personalized experiences that enable them to practice and demonstrate core competencies to face the challenges of the future.

“Research shows that by the age of 39, today’s average high school graduate will have had nine different jobs, half of which have not been invented yet. Artificial intelligence has changed the playing field. We can’t keep educating kids in the same way,” says Nancy Riehle, executive director of the Creative Academic Network Scholastic Foundation that supports the academy.

Inspired by the January 2017 Women’s March, Jamie Margolin, a 16-year-old student at Seattle’s Holy Names Academy, launched Zero Hour, a movement for youth rights and action on climate change. Margolin and her teammates have formed a nationwide coalition that inspires and mobilizes students throughout the U.S. and in London, England. They took to the streets on July 21 to march for environmental justice as social justice.

If not us, then who;
if not me and you
Right now, it’s time for
us to do something.

~Do Something by Matthew West, singer/songwriter

Margolin and other Zero Hour members agree, including Nadia Nazar, 16, an art director from Baltimore, Maryland; Zanagee Artis, 18, a logistics director from Clinton, Connecticut; and Kibiriti Majuto, 20, of Charlottesville, Virginia, originally from the Democratic Republic of the Congo. They jointly developed the organization’s platform. “It’s our generation that is going to be impacted the most by the effects of accelerated climate change that we are causing. This march is a launch. We’re not done,” says Margolin.

At a pivotal time in which many theorize that our nation lacks the ability to coalesce around a great enterprise to solve existing problems, it appears that those doing the calculating have not factored in the millions of motivated young people as critical decision makers. It may be that their imagination, energetic drive, passionate self-confidence and “no borders” cooperation paves the way to a brighter future for all.

Not waiting for the torch to be passed, young people are seizing it and acting now, no longer naively thinking that there will always be enough time tomorrow.

Linda Sechrist is a senior staff writer for  Natural Awakenings. Connect at LindaSechrist.com 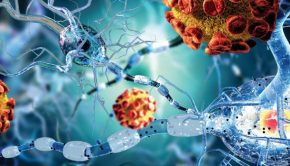 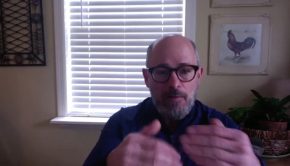 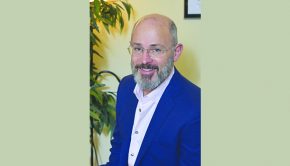 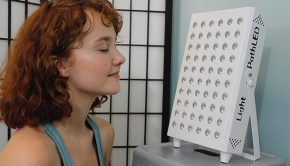