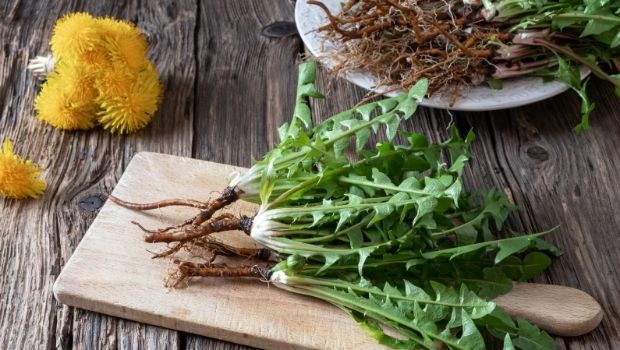 Ways to Maximize Your Garden’s Bounty

Most gardens are loaded with delicious, nutritious food that goes uneaten and overlooked, from edible greens like sweet potato leaves to flavorful flowers like tulips, marigolds and wisteria. Getting better acquainted with the edible parts of common backyard plants opens up a world of culinary possibilities. With continued concerns around potential exposure to COVID-19, maximizing a garden’s bounty while minimizing trips to the grocery store is an added benefit.

“Food foraged from your backyard is fresher, tastier and cheaper than store-bought food,” says Ellen Zachos, the Santa Fe author of Backyard Foraging: 65 Familiar Plants You Didn’t Know You Could Eat. “There is also the novelty factor. People don’t expect to be served a BBQ sauce made from crabapples or a curd made with flowering quince fruit. You simply can’t buy those flavors.”

Many plants and trees commonly thought of as being ornamental have edible parts. Hostas are a common one that Zachos loves to nibble on as much as the deer do. “You can harvest at a couple stages:  First, when spears are poking up and the leaves have not unfurled. A little later in the season, you can blanch them and put in a stir fry or quiche, or roast them as you would asparagus,” explains Zachos.

Roses are another multipurpose ornamental, with organically grown rose petals making aromatic additions to sweet or spicy treats. Leaving the roses to decay after the first frost rather than dead-heading them yields rose hips rich in vitamin C for teas and jams.

Several common vegetables are edible from leaf to root, including broccoli, beets, chard and radishes, says Josh Singer, a garden specialist with the U.S. Department of Parks and Recreation, in Washington, D.C., who teaches classes on “alternative edibles” from the garden. “One of my favorite recipes is a hummus made with chard stalks in place of chickpeas. It’s so creamy and delicious.”

Singer also cites borage, passion flower and squash flowers as favorite floral foods. “Unfortunately, it does mean making a hard choice between having beautiful flowers in your garden and eating them,” he adds. “It can also mean the plant not producing fruit or vegetables, but you can hand-pollinate female flowers in the case of squash and just use the male flowers for cooking. They make delicious fritters.”

Marie Viljoen, author of Forage, Harvest, Feast: A Wild-Inspired Cuisine cookbook, has one tip for daylilies (Hemerocallis fulva) that overagressively multiply: eat them. “Daylilies are nose-to-tail eating: their tender, cooked shoots are as melt-in-your-mouth as leeks, and their firm, underground tubers are delicious snacks, raw or cooked. I like to roast them with olive oil, like mini-home fries,” says the New York  City forager, instructor and chef. “Their buds are juicy snacks and their open, fresh flowers are edible and stunning in a salad but so are the older, dried flowers, the so-called ‘golden needles’ that one can sometimes find in Chinese stores.” Viljoen cautions that a small percentage of people have a bad reaction to daylilies, and they should be eaten in moderation, especially when trying them for the first time.

Lindsay-Jean Hard, a food writer in Ann Arbor, Michigan, and author of Cooking with Scraps: Turn Your Peels, Cores, Rinds, and Stems into Delicious Meals, points out some common fruits with edible greens. Strawberry greens can be used to make a pesto or flavor water. Tomato leaves can flavor a tomato sauce (sparingly, as they pack a strong taste)—a tip found in Harold McGee’s On Food and Cooking: The Science and Lore of the Kitchen.

Carrot tops and celery leaves also make great pesto, says Tama Matsuoka Wong, a New Jersey forager, chef and author of Foraged Flavor: Finding Fabulous Ingredients in Your Backyard or Farmer’s Market. While pea shoots have gotten to be a trendy item on many menus, Wong says they have long been an off-menu item at Chinese restaurants. “You won’t find it on the menu, but  Chinese people eat pea shoots instead of beans all winter long, often stir fried with sesame oil, garlic and bamboo shoots.”

Many scrappy cooks know to use garden produce that fails to ripen before the season ends or bolts too soon. Singer uses unripe tomatoes to make green tomato chili, muffins and bread, whereas Hard likes working with flowers from bolted herbs and greens, including arugula, basil, chives, chervil, kale, sage, rosemary and others. “I mainly use them as garnishes, but every year, I make a batch of chive blossom vinegar,” she says.

Leaving a plant like cilantro to bolt and flower not only feeds pollinators, but also provides free spices at the season’s end, says Singer. Simply let cilantro dry on the stalk, then gather the seed pods for home-harvested coriander seeds. Letting annuals go to seed (and saving the seeds) provides the start for next year’s food plot.

April Thompson is a freelance writer in Washington, D.C. Connect at AprilWrites.com.

Some more interesting articles by the Author you would like – Flower Power, Medicinal Mushrooms