Barre Your Way to Better Fitness

This ballet-inspired conditioning class is choreographed to engage all the major muscle groups, stretching, lengthening and strengthening the body from [… 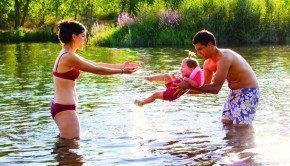 Swimming in Nature, Splashing Safely in Lakes and Oceans

Savvy Cycling, Keep the Hard Knocks Out of Biking

People are biking more than ever. Recreational bicycling ranked second to running as the favorite outdoor activity among both youths […

Yoga for the Bro’s, Men Find it Builds All-Around Fitness

Be open to the power of relaxation and letting go. Like anything that is organic and pure and whole, yoga […

Flexing Our MUSCLES, Weightlifting Makes Us Fit, Healthy and Self-Confident

Women who shy away from the traditionally male-centric weight rooms might want to reconsider. Standing their ground amid the deadlift [… 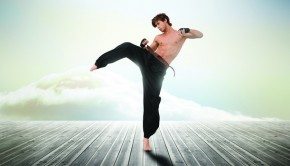 The Martial Arts Hold Deep Inner Lessons Few words are as oddly coupled as martial and arts. The first means […

Popular Fitness MYTHS, Seven Common Maxims that Can Cause Harm

We’ve heard them time and time again: fitness tips that guarantee we’ll meet our goals if we follow them. The […

Locate the Best Workout Space for You

Six years ago, Sherry Salmons, of Oak Ridge, Illinois, was perplexed by her “glowing, smiling, energetic” neighbor who worked full-time […

Exercise Bursts Prove Fast and Effective Labels may vary, but results are what count. Whether called high-intensity intermittent exercise (HIIE), […